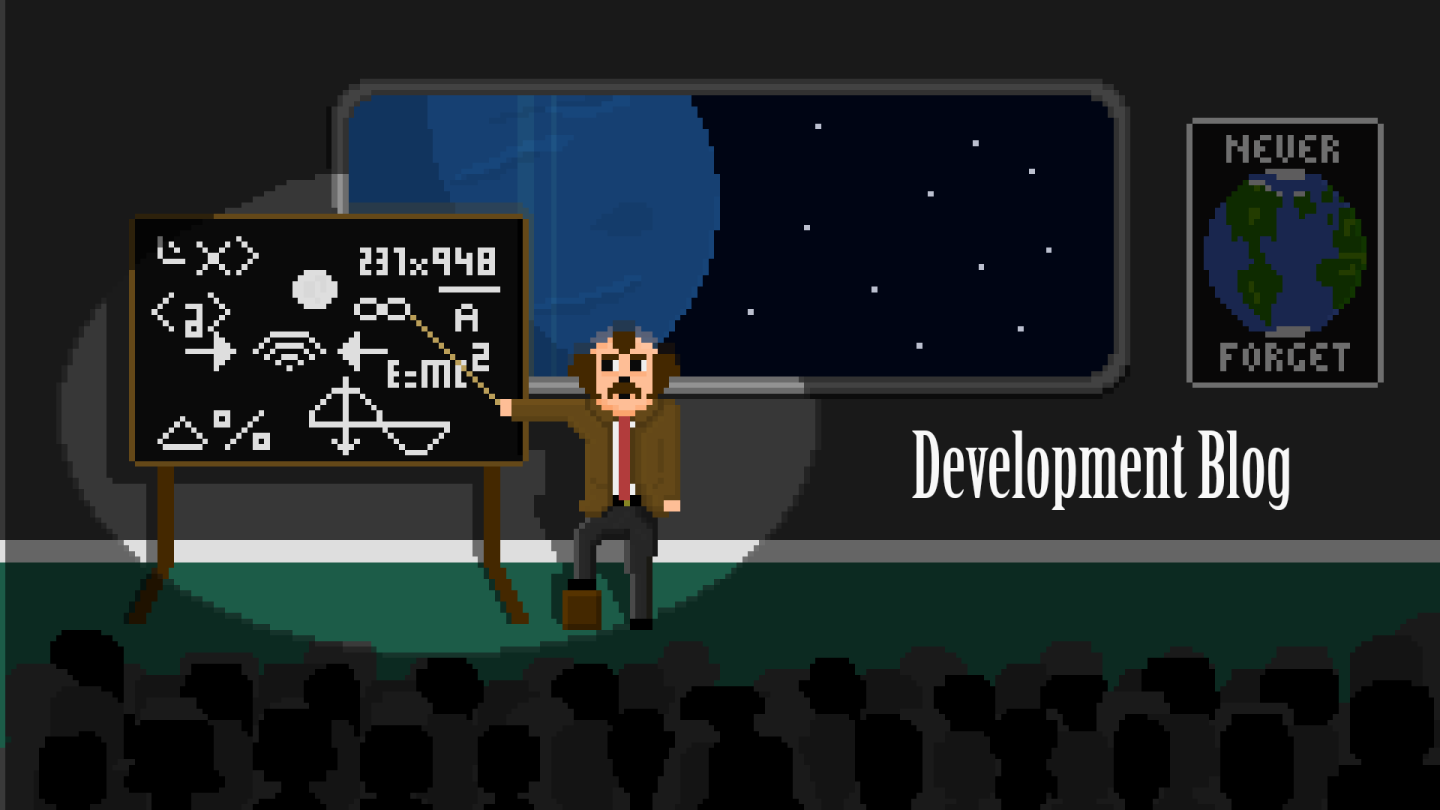 Hello and welcome to another wonderful development blog! We have a lot to get through so sit down, shut up and listen…

It’s been a very busy month or so since our last blog. In our last update we had almost finished the background art for the game. That’s all been completed for now. It will all be polished up later but it’s good enough to start building our world.

Since then we’ve been hard at work on all the character animations. ‘The Mind of Marlo’ only had a few animations and ‘How to Cope’ had even less. For Super Helpful Man, we have several characters and they all need to walk and talk, among other things. We want to bring the characters to life on a level unseen in our previous games.

There are over a dozen characters in SHM! Besides some gestures and special animations they are all ready to be added to the game and animated. In order to avoid burnout though, the rest of the art will be completed near the end of development. I’m so sick of drawing stupid pixel people! – Poffle

The current task then is writing what will be the 4th draft of the story and the GDD. Our current story and design documents are like the scribbles of a mad man. The aim is to rewrite it in our new Speechr program which will enable us to move the script from the GDD straight into Unity readable files and also then export the script for recording the voice overs. It’s a great tool and it’s free to BETA test if you’d like to try it yourself (more details below).

On this rewrite all of the quests will become fully developed. In the game, Super Helpful Man will get called out to a job but since he is so helpful there may be other problems he can fix while he is there. I say may, there will be. Each job will have several other hidden side objectives for Super Helpful Man to complete which will lead to fun story moments, achievements and more!

We are running a little bit behind schedule. We thought we’d be able to turn the game around in about 8 months and release at the end of November but we’re probably only 50% through development with 3 months to go. Once everything is in place the game itself shouldn’t take tooooo long but we want plenty of time to write the music, record the voice overs, design UI/menus and getting it all nice and polished. So, our new plan is to hit Alpha by the end of November instead. Then we will consider a new release date which will inevitably be in early 2019.

So far, we haven’t really worked together at all on Super Helpful Man. Poffle is making assets and Rodo has been working on his new baby, Speechr.

Speechr is the new tool we use to script our games outside of Unity. It’s a hub for all of the dialogues, cutscene scripts, quests, dialogue trees, voice over tags, the GDD and loads more. It’s easy to use and keeps the project nicely organised. We created all our other games with a simplified version but this new version will make creating Super Helpful Man a joy. Rodo is constantly tweaking it and adding features like the GDD section I keep pestering him for!

Once ready and the GDD finalized we will combine powers to create the greatest game about an 83 year old man dressed in a superhero costume that has ever been made!

If you would like to join the Speechr BETA and our Discord then please head over to the Speechr page and check it out!

That’s all for now. Thanks for reading!

If you want to read about the development of our games and other nonsense then you’ve come to the right place!